October Bass on the Fly and Lure - A week with SEAi 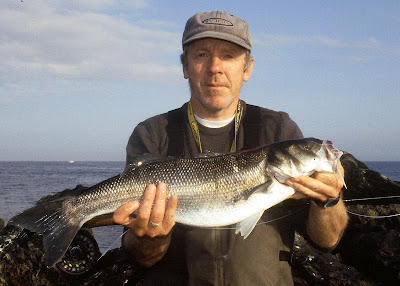 A nice surprise in a holding area - Day One Oct 12

The week got off to a great start as I took this nice fish on Sunday morning. I was working with a good friend of mine - demonstrating a ‘how to’ approach regarding fish holding areas on the fly. Eventually after I got my cast going away from the key area we made a stealth approach to a nice lie and suddenly the fish was on! Its always much more fun when demonstrating when something like this happens and I think Paul was flabbergasted. And that was it for our very short session - the hollow fleye works again. 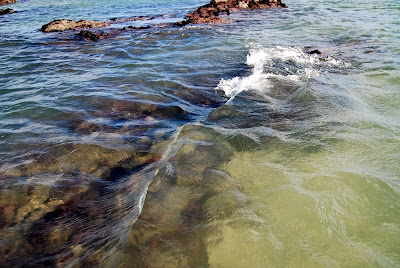 Colin Rigney from Blackrock joined me on Sunday evening, we had two days of guided Bassfishing on the fly lined up. Monday morning was spectacular with bright blue skies but a chilly westerly kept it a little cooler. We fished the rising tide over a normally prolific area and a family of seals closely accompanied us. Up to six seals were present at any one time – normally one or two wouldn’t bother the fishing but a family posed us some serious problems. We enjoyed the company though. 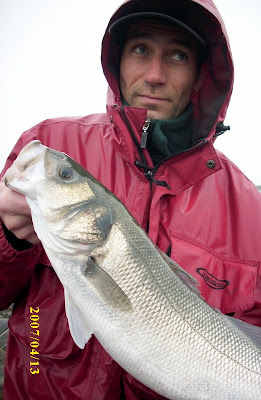 Colin and I fly-fished on Tuesday in extremely wet and windy but considerably milder conditions. As the wind reached force five and even six during the afternoon we weren’t to be deterred. Persistence paid of and we landed several bass in challenging conditions.

The fish were again taken on the lavender and grey/white hollow fleye.

Conditions although mild were particularly tough. It blew hard all day (4-5 bft) and the rain fell very heavy, the fish were at 25 meters or more. Double hauling and casting backwards is a skill learned by right handers who want to catch bass whilst fly fishing on the Southern coasts - prevailing winds tend to be South or Westerly so its both safe and efficient. Waves were running increasingly bigger as the day progressed and as the tide rose the water was fizzing with oxygen, it remained clear for most of the afternoon. A patience game ensued in the heavy rain - it was just a question of when! We took all the fish on the same pattern. 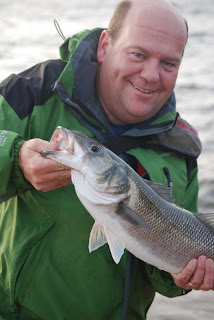 Andrew dropped in on Wednesday evening far a late season session of surface lure fishing. We had a quick chat and a cup of tea with Colin before he left for home. The fish were played hardball on Wednesday afternoon probably because of the sudden downward shift in temperature. After Tuesdays warm, wet and windy conditions things were now very much different and a little difficult with a fresher cooler feel to the air.

We had seen some fish and missed a few on Wednesday, but on Thursday morning we landed a number of beautiful fish as they got used to the 'newer' conditions and they returned to form a little. We managed to avoid going sub surface; a risk given the conditions but Andrew is a surface lure addict. This is Andrews account of his experience in a mail to me 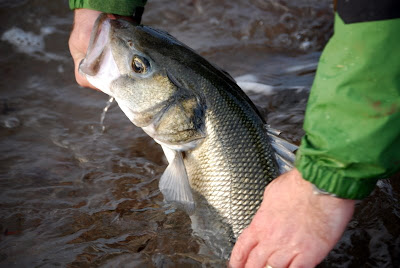 really really had a great time wed and thurs. I dont know how you can keep going tho your a fit man. you will defo be knocking on the presidents door for the 3k grant when you hit the 100! Imagine the lures you will be able to get in 60 years time. Will the swim themselves on remote control?

i really appreciate you trying so hard for me in the two sessions. And as usual it paid off.

love the fishing corners strategy.
enjoyed seeing them lunkers swim by
got good crack outa shifting that near in seal. 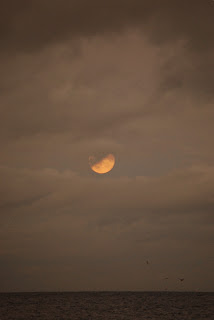 was amazed at the moon rise sunset moment, the dark sea and the white water fizzing over the rocks near sunset.
the company
the meal and conversation
the tips
the autographed articlefrom the kids
The quiet moments even tho i never really shut up

Funny thing is the cuda done without things were down to me, the good things were down to you and eileen and the kids. looking at the lists above isnt it amazing what you can pack into 36 hrs? was driving home yest and everything looked and seemed weird, i cudnt talk to people on the phone. it was down to me trying to step back into the "real" world. It knida takes 12 hours or so doesnt it. dont forget, its the overall package. 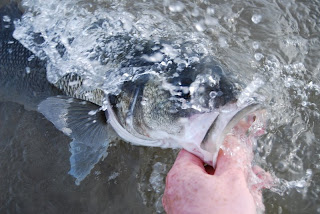 Seamus Hartigan the Galway salmon fishery manager WRFB arrived on Thursday evening in
time for the opening of the Wexford Festival Opera. Eileen Dan Ruth and I accompanied Seamus to the opening ceremony 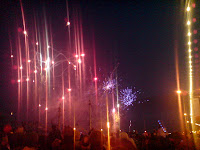 fireworks, which were spectacular. Earlier that afternoon I had walked Seamus to a potential bass fishing location, taking him through fish lies, current developments, and fishing strategy. We were ready for Friday’s fly-fishing. 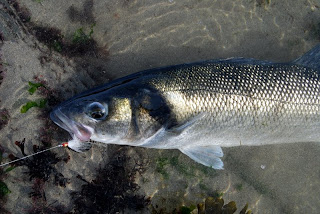 Friday morning was spectacular. Seamus was new to saltwater fly-fishing and over four hours slowly managed to get into the swing of things. I 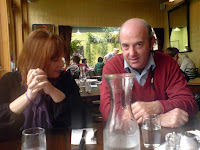 managed a fish of about 3.5 kgs just to keep things interesting and Seamus on his toes! We finished the session and had a short lunch at The Yard restaurant before session two. Friday afternoon and things were looking different as winds increased from the south and west. We had changed to a completely new location and a different fly-fishing strategy. Seamus had borrowed an integrated shooting head for this afternoon’s session and this helped his casting and presentations no end. I managed a nice fish in the early part of the session just to keep things interesting but as wind speed increased the water clarity diminished the fishing became more difficult, the sunset however was spectacular. David Byrne from the CFB joined us on Friday evening for a chat and a pint or two. 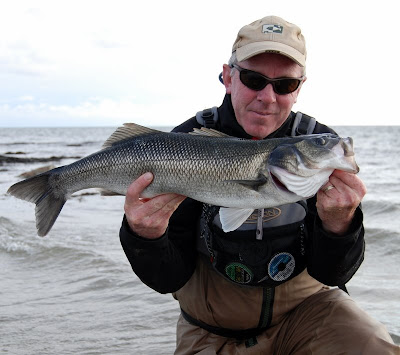 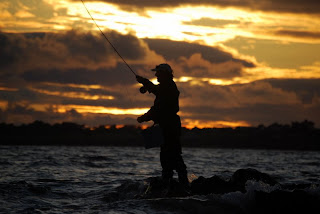 Comment - Its not always easy to catch bass on the fly. It can be a difficult task at times due to line management, casting, wind, footing, big flies and distant horizons. However, all the customers who visited SEAi this week either caught or witnessed the catching of bass on the fly. For many people who visit SEAi, realising and discovering the techniques and strategies creates the urge to try it again and again and then to succeed - it can be done! 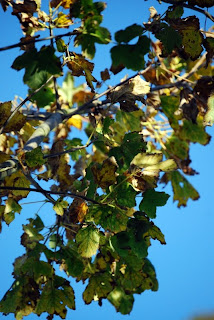 Three enthusiastic and beginner saltwater fly fishers attended a workshop on Saturday at SEAi. MJ, Michael and David (aged 16) whom are avid freshwater fly fishers now wanted to learn the requirements for fly-fishing in the sea. We spent three hours between 09:30 and 12:30 at the theory of Bass fishing on the fly and then we took ourselves to the sea to practice casting, techniques and strategies. After some initial difficulties in locating my house we had a wonderful day and the craic was mighty. 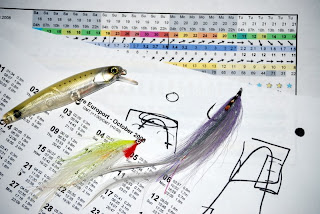 We covered topics like -tides,locations, safety, biology, timings and many many more!
at October 19, 2008