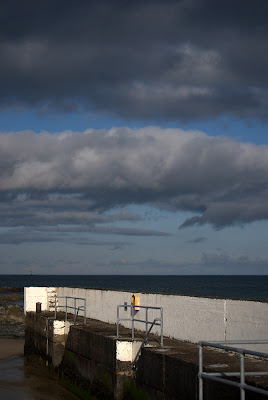 This usually the coldest month of the year , particularly during the middle weeks, and especially in the eastern or north eastern counties. The cold easterly and north easterly winds flow across from Europe and the north sea.

Snowfall can be as severe and as frequent as January, the cold weather and light levels are at the opposites of June and Julys. The coolest conditions are now firmly settled into the land and sea water temperatures at the coast will fall a little more to perhaps eight degrees or a little less. As much as two degrees less than on the south and west coast temps.

1st to 7Th This week is usually unsettled with wind gales and rain
8th to 15th Usually there is a cold spell, and often the chilliest part of the month
16th to 23rd The cold spell will slowly break up and a thaw will set in.
24th to 28th The weather gradually becomes milder often ending the month in stormy unsettled weather.

Bass Fishing - Probably the most difficult month for the bass fisherman in Wexford. Having undergone some serious physiological changes over the past few weeks, bass are less likely to feed regularly they have their minds fixed on something more serious - depending on conditions, and as they dictate, spawning will take place only when they know best - then be ready.............