A lot of people asked me many questions about the fishing at Andros whilst at the Hooked live show - over the next few days – I’ll post some of the answers for you. If you are interested in experiencing some of the best bonefishing in the world please don’t hesitate to mail.

Its called an island, but Andros is actually a collection of a whole bunch of islands. The tidal systems on Andros are really complicated, with countless ‘creeks’ that flow through the island.

Right near the middle of Andros are three major waterways that cut the island into its major pieces – these are known as the Bights.

South Andros is even less developed than the rest of Andros. Somewhere in the neighbourhood of 800 people live in a handful of settlements, spread almost entirely along the east coast of the island – places like Congo Town (where the airport is located), Kemp’s Bay and Mars Bay (the southern end of the road). 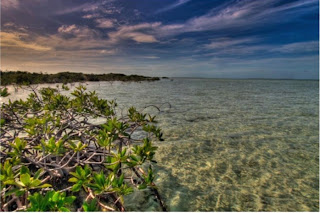