Pike fishing in the West of Ireland 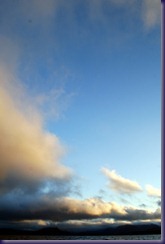 The second fish I hooked was different. We drifted back over the zone, the water depth shallowed up to about fifteen feet, gleaming white sands and bottom features becoming very obvious. I could clearly see vertical columns of weed, rocks as big as cars, rippling fields and waves of golden light. The underwater visibility once again blew my mind. I cast and counted then retrieved and within thirty of forty feet of the boat I could see my fly tracking close the bottom. Strip strip stop, strip strip stop, opening then closing, breathing – enticing.

The fish not so much as swam but rather, sidled up to the fly 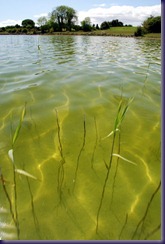 Appearing from behind a pale cream coloured rock, I had that same familiar feeling of ‘brain refusing to acknowledge or comprehend what was going on’ and hence was going into some sort of protective mode of disbelief which stops itself from frying -

But yes it was a big fish, yes it was inches behind my fly, and yes I was in fifteen feet of water and I could clearly witness what was happening. I could see the fly, I could see the fish then I couldn’t see the fly and suddenly I felt the fish on. Moving very quickly to my right, my fly line tracing through the water leaving a skinny bubble trail – zzzzzzzziiiiiiiiiipppppppppppp 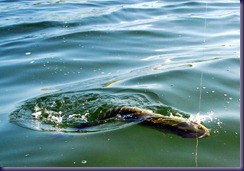 ‘John, take a look at this quick’ I sounded in hindsight, remarkably calm

Two other fish had joined mine and were tr 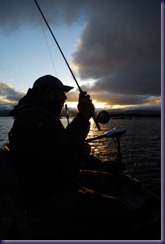 I was pike fishing in the west of Ireland in one of the most remarkable fishing environments I had ever seen.

Thanks Brian for making it happen