I started guiding during July of 2003 and w 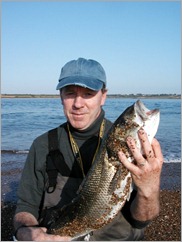 ent full time in 2004. During that time and for many years previous I have seen and experienced many weather patterns and their subsequent influences on bass fishing. This interaction with many unique locations where they are to be found in Wexford is one of the keys to understanding the fish and their behaviour – 2002 (to the right) was a challenging cooler and wetter but a rewarding year.

If you were fly or lure bass fishing regularly during those years you can share some of those experiences and no doubt draw some valid comparisons and conclusions over time for yourself. How where and when fish were present and what they decided to eat and even what they choose to eat in different places at different times!

Warm but dull everywhere – heavy and thundery rain at times. 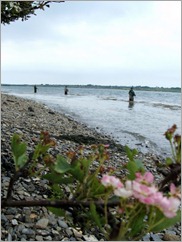 Summary: July was a warm and cloudy month everywhere with dry weather at times, especially in eastern and northern areas, but also some heavy and thundery falls leading to localised flooding in places. The sequence of warmer than normal months throughout 2003 continued during July, with mean air temperatures around a degree higher than normal in most places

Mild but mostly dull; dry in east and southeast 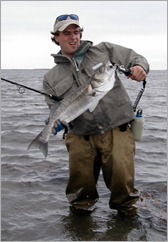 Summary: After a cool and very unsettled start to July, which brought heavy showers and strong winds, there were spells of drier and warmer weather during the later part of the month. Mean air temperatures overall were below normal across much of the country, however, and it was the coolest July for between 11 and 16 years at a number of stations. As the charts of daily values on page 12 indicate, both minimum and maximum temperatures showed a general rise during the month, but maximum values in excess of 20°C Mild but mostly dull – dry in East and Southeast 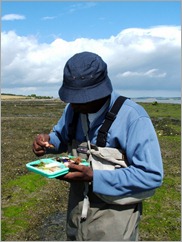 Summary: Rainfall totals for July varied considerably across the country. Bands of heavy rain affected parts of Leinster and Munster during the last week, while other areas received little. There were exceptionally heavy falls near southern and southeastern coasts on the 23rd/24th, while another band of heavy rain affected southeastern and eastern areas on the 28th/29th. Severe thunderstorms developed over the southern third of the country during the evening of the 12th, giving some torrential falls locally, while a tornado developed during the same evening near Myshall, Co. Carlow (see page 2). This variation in rainfall totals across the country is reflected in the fact that, while it was the driest July at Malin Head since 1983, it was the wettest at Rosslare since records began there in 1956. The number of wetdays (days with 1mm or more rainfall) during the month was close to the normal range for July of between 9 and 13. July was a warm month everywhere, with mean air temperatures of around one degree above normal generally.

Warmest July on record in places; sunny and mainly dry 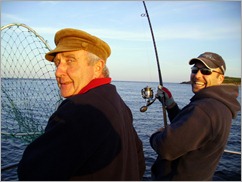 July was another very warm, dry and sunny month, continuing the pattern of fine summer weather set in June. Temperatures were above normal throughout almost all of the month; they were around two degrees higher than normal overall at most stations and three degrees higher at Clones. It was the warmest July for between 11 and 17 years in most places and the warmest on record at Malin Head, Clones and Casement Aerodrome; records at Malin Head extend back to 1885. Kilkenny had a total of 29 days during the month where the maximum temperature exceeded 20°C, with 9 of these days exceeding 25°C. The period between the 16th and 20th was particularly hot, when daily maxima reached over 25°C generally and above 30°C in a few places, the highest temperatures recorded since the recordbreaking month of August 1995. The values of 31.0°C and 29.9°C, recorded on the 19th at…….. 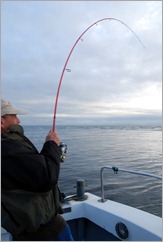 After the very wet weather of most of June in the east and south of the country, rainfall totals for July were again exceptionally high in the same areas. Like the previous month, high pressure remained well to the south of the country, allowing an uninterrupted succession of depressions with their associated frontal systems to move over Ireland until near the end of the month. These produced spells of rain or showers each day, with some locally heavy falls causing flooding, while there were severe thunderstorms and reports of tornadoes on a number of days. At least 1mm or rain was measured on each day at one or more stations in the 49-day period between June 11th and July 29th. Early summer rainfall totals (June and July) were more than 250% of normal over parts of Leinster

Very wet and dull in most places: becoming warm after cool first half 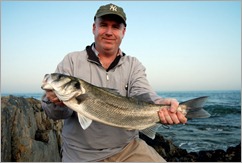 Much of the first half of July was wet and relatively cool, but warmer and drier conditions developed until the last few days of the month, when rain or showers again became widespread. High pressure was responsible for the settled conditions in the period after mid-month, but low pressure to the southwest of the country at both the beginning and end of July brought some heavy rain or showers in all areas, with thunderstorms on several days. Rainfall totals for the month were above normal except in parts of the west and northwest and were more than twice the July normal at stations in the east and south. It was the wettest July for more than 30 years at many stations in the south and southeast. 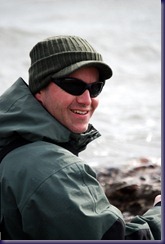 Apart from a short spell of dry weather between the 7th and 9th, rain or showers were recorded on each day during July, resulting in record high monthly totals at some stations. The weather pattern of the previous two summers was repeated, with Atlantic depressions tracking over or close to Ireland, producing substantial falls of rain at times, with frequent thunderstorms. The north and northwest of the country fared relatively well, however; in these areas the lowest rainfall totals were recorded and both mean temperatures and sunshine amounts were well above normal. Over twice the normal July rainfall totals were recorded over most parts of the country, with more than three times the normal amount in parts of Leinster and Munster. It was the wettest July for over 50 years in many places and the wettest on record at a number of stations, including Valentia Observatory, where records began more than a century ago. 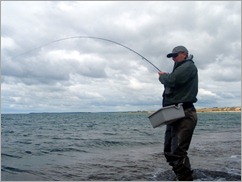 July was the first month of 2010 which was dominated by weather patterns associated with Atlantic depressions. Slow-moving frontal systems brought significant falls of rain at times, while most days were cloudy but mild, with south to south westerly winds. Rainfall totals for July were above normal everywhere and were more than twice the average at some stations; it was the fourth successive July with rainfall totals much in excess of normal over most of the country. Unlike previous years, however, the relatively dry weather of the preceding months of 2010 and consequent high soil moisture deficits helped to prevent significant flooding during this month.

Dull and cool with below average rainfall in parts 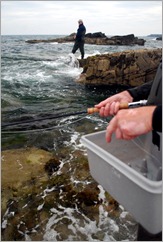