It has been a bit mad here of late. We have just finished trying to make a bass fishing film for French television. I say trying because it’s always going to be an interesting project and the best laid plans evolve and change plus adding the personality of grumpy Jim capricious fish and film producers under pressure it’s a rollercoaster of trial and error. We got what we needed and the Irish coastline from many different aspects looks great, the fishing as always is based in reality. 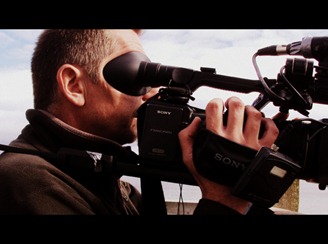 Oil was laid on the water with the considerable help of David Byrne from IFI (an old stalwart). William my brother who is becoming a great bass fisherman found all the pieces of the jigsaw with straight edges. Philipe and Philipe worked non stop, but none, absolutely none of this would have made any sense if it wasn’t for the person so often on the ground at base camp. I guess there’s a lot I could say about that help, the phone calls, the preparation of food, the changing of arrangements, the listening, and the incessant fishing talk, the bloody boredom!

I simply couldn’t do what I do without Eileen Powell. Happy Birthday!

The post I made below is not so much about the articles as it is about another person on the ground. Patrick Browne works tirelessly at Irish Angler to make the articles and the magazine come alive. There are times no doubt, which are also shared by people who have had similar experiences; when there is a special feeling of seeing your work in print. Patrick brings another dimension to that, a certain empathy for what you are doing that is difficult to explain.

At times I look at Irish Angler and then inevitably draw comparisons to other angling publications. Is any one magazine ‘better’ than any other? I guess it depends what you want from your publication and anyway I always like working as much as possible with Irish business.

For me I hope to work with Irish Angler and Patrick Browne for a considrable while yet!

The journey continues today and after the past five days it will seem a bit more like normal, another customer arrives in an hour for a week. David Gaudochon is here next weekend with IFI for five days promotion it’s pretty much nonstop on the ground really.....