Under the influence–of high pressure! 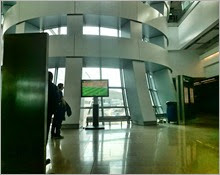 I sat in terminal 2 at Dublin airport watching the match whilst awaiting the arrival of my French customers. Always tense moments an all Ireland final and the anticipation of a weeks guided fishing that lay ahead. This was one of the larger groups that I had guided in the past few years – there was Philippe, Dennis and his wife Solange, and Giles and his wife Agnes. A challenge no doubt!

The balance lay in striking the correct fishing strategy and timing whilst allowing Solange and Agnes time to explore some of the historic sites of south and eastern Ireland. The group was based in Wexford town at Rosemount B+B for seven nights and six days but we had flexibility to move and travel as the fishing dictated.

The fishing strategy for the next six days lay as follows - 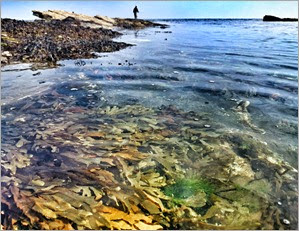 2 midday sessions over mixed tides on different but close locations. Room to plan and manoeuvre as the fishing dictated of course.

The guys had been bass fishing together in France for some 20 years  both from the shore and in a skiff in many different locations, travelling was part of their game. They also had regular experiences of tropical fishing in Bijagos, Guinea Bissau, Panama and Gabon – this was to be their first time in Ireland.

Gear was exceptional and front end. 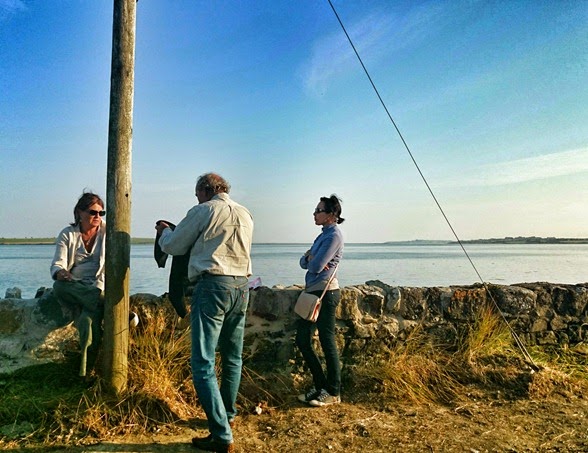 With such a large group, which at times was, travelling all together I had hired a seven-seater from Enterprise Car Hire.This facilitated our airport collections and returns, luggage, it provided significant comfort over a weeks travelling, fishing and exploring. A voyage really, for many reasons, and it needed to work from both dimensions – fishing and tourism both for the guys and the girls, it needed constant management. It was demanding from several different aspects that needed to fit.

The weeks weather was to be strongly impacted by, and remained under the influence, of a constant easterly and north easterly airflow that was a consequence of the high pressure system that lay over Ireland and much of the UK. In fact the high pressure extended into a lot of western Europe too. Mild sunny breezy days with calm evenings and mornings, and as any bass fisherman knows, fishing Wexford under extended conditions such as these was in itself a considerable challenge. This can be at times difficult to convey to customers who aren’t ‘tuned’ to local influences. 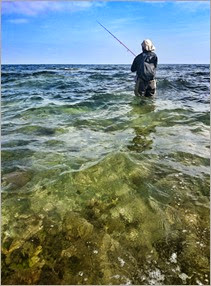 Monday came and went as we travelled into the western sections of the coast and on Tuesday we had the opportunity to travel to Cork and work with a film crew.

The girls ventured along the coast on a considerable hike, the boys played with their fish as we were overwhelmed by vast shoals of mackerel chasing sprat and sandeel into every gulley available….and so it went, we voyaged into fantastic places every day, simple but inspiring in their uniqueness and quality. And this became our routine 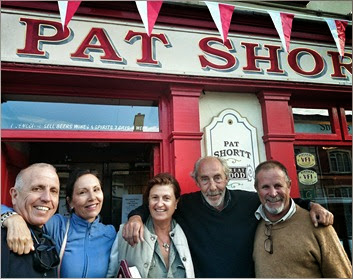 It cannot be denied the significant local economic impact that such a group has left behind in the many places and businesses which they visited. Across the entire southern eastern region – all in pursuit of a fish and a further experience that is uniquely Irish, and completely sustainable.

The wonderful coastal environments and scenery experienced every day, the relaxed acceptance and fun, the pace, the peace, the sound of silence not subject to any pressure. And of course the fish, the fish, the magic of the fish persists and persists. 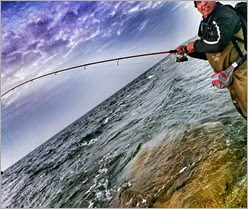 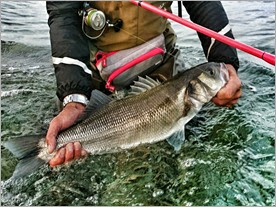 Thank you all for making it an experience for me that I wont forget, for making it easy to be a bass fishing guide in places that are close to my heart.