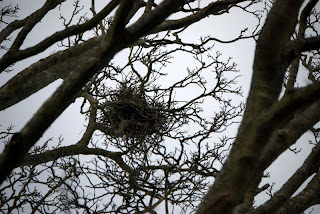 Bright, sunny, mild days suddenly give way to dull, frosty ones often with blizzards, chiefly on high-levels in northern and eastern parts of the country. These contrasts provide the reason for March winds. After mild bright days, cool frosty nights often follow.

Rainfall is not heavy but falls in sharp and brief showers, on the whole a fairly bight month with a few severe gales and these mostly from the North west. The sea is at its coldest to the south and east, but temperatures will begin to rise slowly during the later part of the month.

If earlier months have been wet/snowy the suns power is spent in evaporating the moisture rather than warming the earth. This may delay spring, since vegetation requires warmth.

Bass Fishing : Sea water temperatures are now at their coldest in the South and East but will begin to warm slowly from the end of the month. Further south towards Cork and Waterford some fish will begin to show in the middle or later part of the month but its probably not until mid/late April that Wexford will generally see its first of the early fish. Increasing light levels plays a major part in fish first appearing at anytime.