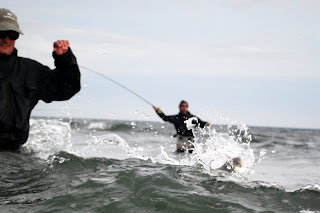 Go HERE for some incredible photos and video - what caught my eye later was the discussion board on page one.....
at November 12, 2010

Two journeys for a brave madman

This is a sample from yesterday of the daily visitor interest expressed in www.probassfisher.com – with 10,000 page views every week I am more than happy to realise that such an interest can only be a good thing for this Country and its fishing. The source of the summary stats below is Google Analytics - the page views number on the right hand panel of the site is made using the default Blogger stats gadget.

Answer - with the added variable of Big Brother

Jim, is the answer getting carjacked by armed gunmen while you're leaving the venue?

Easy to get into the pits, cost of keeping it going, full of armchair experts who really know feck all, people who care are dictated to by the governing bodies who take cash out and don't protect the sport.....list goes on !

My answer was a little bit boring really -sorreeee!

I'm not a big fan of GP but when it starts I know the bass fishing season is about to begin - I normally write off the first two races as a time of 'false starts' and the last two races as times of 'possibilities' and for holding your nerve.

The added variable of the Big Brother season - well I guess it was my subconscious recording of eight years of the theme song just before we went on guided nightime fishing forays or just having finished a days fishing - when I hear the theme I will always associate it with been in the thick of all summery things associated with bass guiding in Wexford.
at November 08, 2010

What has formula one grand prix racing got to do with bass fishing in the South East of Ireland?
at November 07, 2010

Email ThisBlogThis!Share to TwitterShare to FacebookShare to Pinterest
Labels: Lake and river too

Unsettled weather at both the beginning and end of October brought spells of wet and windy weather, but much of the month was dry and sunny. Temperatures were around two degrees higher than normal during the first ten days, but much cooler weather developed subsequently, with severe frost in some
areas late in the month.

Monthly rainfall totals were below normal almost everywhere, continuing the pattern of dry weather during most of 2010; ten-month totals for the year so far are around 10% below normal generally and around 20% below normal for the period in the south. This month, around half of the normal totals for October were measured at stations in the east and north. Very little rain fell at most stations between the 8th and 21st. There were between 14 and 17 wetdays during the month at the majority of stations (days with 1mm or more rainfall), but fewer than ten wetdays were recorded in the Dublin area.

After a warm start to the month, temperatures fell below normal for most of the remainder, giving mean air temperatures of between 9.5°C and 11.5°C overall, close to average values for October. Daily maximum values rose above 20°C in places on the 8th, the highest for October for between seven
and 13 years in places; in contrast, widespread ground frost developed after mid-month, with particularly low air and ground temperatures recorded in eastern and midland areas on the 25th.

Sunshine totals for the month were well above normal everywhere, with around 40% more sunshine than normal generally; it was the sunniest October for more than 40 years at several stations. Source Met Eireann
at November 04, 2010