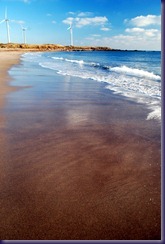 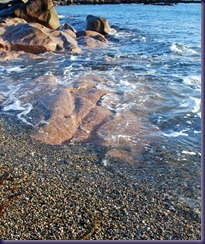 Wexford - what we need to protect

What fly casting is NOT

Casting for saltwater fly fishing is a demanding pursuit. Its not something you can learn overnight, in fact it can take a considerable amount of time, probably the rest of your life. Its not about distance, or endurance, its about technique - take a look HERE
at January 25, 2011

Outbound Short models are ideal for wading anglers or for coping with tough winds and big flies when a short head is necessary. The head is only 30 feet long and ensures fast one shot casts for maximum distance, while the aggressive front taper and weight distribution make this the line of choice for turning over the largest of flies with ease. Available at The Sportfishing Shop

An opportunity to do something

Wexford County Council want the views of all members of the community to help plan how the biodiversity resources of our County will be protected and managed over the next five years. What we’d like to know:

•What do you think are the most important issues concerning biodiversity or nature conservation in Wexford?

•What are the main threats to Wexford’s natural heritage?

•What are the most important actions that need to be taken to conserve and enhance nature and biodiversity of Wexford?

You can have your say by making a submission in writing to Biodiversity Plan, Forward Planning Section, Wexford County Council before Friday 28th January.

Eamonn Hore, Director of Services Planning and Development says that ‘Wexford contains a magnificent variety of habitats and species which are of special conservation interest, by virtue of being nationally or internationally important. These range from the coastal habitats running from Cahore to Ballyteige Burrow, to the alluvial wet woodland and the estuary of the River Slaney. We all have a role to play in learning more about biodiversity and protecting the natural heritage of Wexford. Help us to ensure that the new plan includes issues that are important to you.’

When all submissions to the Wexford Biodiversity Plan have been received and reviewed, a draft plan will be compiled. Following on from this a public meeting will be held to discuss the Draft Biodiversity Plan and to seek further comments.

Biodiversity is everywhere and all around us, from gardens to hedgerows, woodlands to wetlands, rivers to bogs. Biodiversity provides food shelter, clean air water fuel and its conservation is vital to our existence and is important to all of us.
at January 13, 2011

The journey is the destination

Check out where the guys are at over at Motiv Fishing on their 8,000 mile adventure through Mexico. Utilizing a diesel truck converted to run on vegetable oil, the GEOFISH crew will travel within Mexico down Baja’s remote coastline, ferry across the Sea of Cortez, and continue their overland fly fishing journey along the Pacific Coast eventually reaching the turquoise waters of the Yucatan Peninsula.
at January 11, 2011

This list is not in any order of priority

These names keep recurring time and time again. There’s no doubt that they are some if not the best available at this time. Sealed and smooth drag systems, saltwater resistant tough and durable – the best.

This is not in any order of priority

This is not in order of any priority 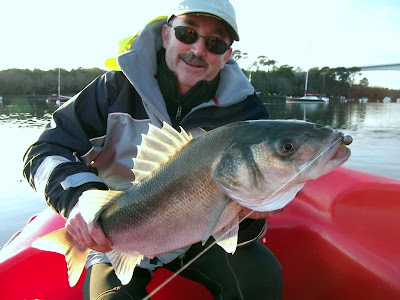 My friend -Jean Yves catches some nice December estuary fish in the North of France with guide Bruno Joncour.
at January 08, 2011

Your most popular posts 2010

So here we go again, heading into the eight year of bass guiding on the south east coast and the fourth year of this blog, I still look forward to the angling challenges and opportunities ahead. Looking back over last year there are simply too many memories and moments to recall them all.

Didier Rodriguez - bass on the fly
Little casts for bigger fish
Bass fly fishing set-up
Sequences in the weather
Three days many fish
Deep down just off the bottom
at January 04, 2011

The Weather of December 2010: Coldest December on record; mainly dry and sunny

Spells of exceptionally cold weather during December brought some of the lowest temperatures ever recorded in Ireland, together with heavy snowfalls in places. There were also short periods of milder weather, while overall the month was drier and sunnier than normal.

Mean air temperatures for the month were up to six degrees lower than normal in places and it was the coldest December on record almost everywhere. It was also the coldest of any month at Dublin Airport, Casement Aerodrome and Mullingar, each with over 50 years of record. The lowest December air temperature ever measured in the country, -17.5°C, was recorded at the climatological station of Straide, Co. Mayo, on the morning of the 25th, while Casement Aerodrome’s minimum value of -15.7°C on the same day was the lowest value of any month ever recorded in the Dublin area. Ballyhaise’s mean monthly temperature of -1.4°C represents the lowest ever measured in the country for any month; the maximum daily value of -9.4°C at the same station on the 21st was the lowest daily maximum on record.

The Weather of 2010: Colder, drier and much sunnier than normal

The year began and ended with spells of exceptionally cold weather, but the months between April and September were warmer than normal. Mean annual air temperatures were below normal everywhere, by around half a degree generally, and it was the coldest year since 1986 at most stations. The months of January, February and November were the coldest for at least 25 years, while December was the coldest on record. The year’s lowest temperatures were measured during November and December, setting new records for both months; air temperatures fell below -15°C in inland areas at times during December.

There was a total of between 75 and 100 air frosts at most inland stations during the year, twice the average amount. The warmest months of 2010 relative to normal were June and September, but many stations recorded their highest daily values unusually early in the year, on either May 22nd or 23rd. Despite the relatively low annual air temperatures in Ireland, global temperatures were again above the 1961-1990 annual average, as they have been for each year since 1983. According to data compiled by the World Meteorological Organisation, the year 2010 is almost certain to rank in the top three warmest years since the beginning of instrumental climate records in 1850, with global combined sea surface and land surface air temperatures around 0.5°C above normal.
source met eireann
at January 04, 2011