The Dutch are adopting a similar protection model to Ireland
Henk Bleker, State Secretary (Economic Affairs, Agriculture and Innovation) intends to work with both sport and commercial fishing on the bass protection plan Sportvisserij Nederland suggested. This is the commitment he made yesterday in the House of Representatives in reply to the questions asked by Lutz Jacobi (PvdA) during the meeting from the Agriculture and Fisheries Council.
At the meeting, Member of Parliament Jacobi pointed everybody on the plan Sportvisserij Nederland submitted. This plan is related to the Irish regulation model….In the Dutch situation Sportvisserij Netherlands opts for a variation on the Irish sea bass plan. 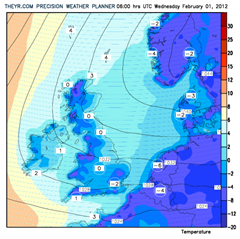 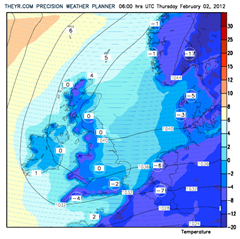 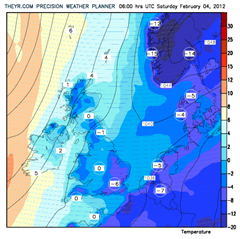 Footprints and Fins and Fotos by Fone

‘Come on’ he says, ‘theres loadsa of ‘em here again at the moment, on softs and bait’

I’m tempted to take out the Loomis the Clousers and the T11 and go and cast a line and get cold and wet and maybe…….. 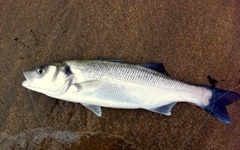 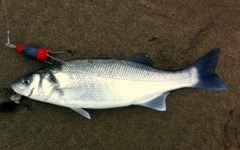 @northwexford: The first Humpback Whale of the season is spotted off Hook Head this morning... http://fb.me/JwZMCHF7

Sent from my BlackBerry® wireless handheld

The weather of December

Wet in places; dull and windy everywhere
Rainfall for the month was above average along the Atlantic coast and in the northwest, with most stations in the west reporting their wettest December in 5 years and an above normal number of wetdays (days with 1mmor more) recorded. Malin Head had the highest rainfall relative to normal in December, with 179 % of its long-term average and its wettest December since 1999 (12 years). The rest of Ireland reported a dry month with below average rainfall. Casement Aerodrome received only 72% of its monthly rainfall total and recorded its driest December since 2004 (7 years). The majority of the month’s highest daily falls were on the 12th and 19th, but were relatively small, with some stations reporting it as their lowest December daily rainfall for a number of years. At Dublin Airport and Mullingar, it was the lowest daily rainfall at the sites in December since 1963 (48 years) and 1970 (41 years), respectively. Mean temperatures for December were above average or average for the time of year. Mean maximum temperatures for the month were above normal everywhere, but almost all stations reported their maximum temperatures, mostly recorded on the 25th and 26th, were not as high as December 2007. Minimum air temperatures were warmer than normal almost everywhere, leading to a below average number of air frosts recorded, of between zero and eight. Malin Head and Belmullet both reported that their minimum air temperature’s for December of 2.0°C and 1.6°C, respectively, were the warmest minimum temperatures recorded since 1988 (23 years). Sunshine during December was below average nearly everywhere, with Casement Aerodrome recording 26.2 hours of sunshine and the dullest December on record since the station opened in 1964 (47 years). Other stations across the country reported it was their dullest December for between six and 20 years.
Source Met Eireann
at January 23, 2012

NEVER confuse some forums with reality
at January 22, 2012

The possibility of opportunity

From December through to late April is often avoided by many saltwater flyfishers and in fact its not until the warmer months of May and June that many will begin their fishing at all. I can understand this and there have been several points in time when I felt this way too but through some perserverance and with a little hard work there are some good tactics that can greatly increase your chances, difficult as it is and slim as they are!


Tom's Tarpon: Fly Fishing For Tarpon from WorldANGLING on Vimeo.
at January 19, 2012

I have just updated the availability for 2012. With 80 days reserved at this time and less than 10 optimum days left to fill for 2012 it does a number of things for me. It alleviates some of the stress involved in 'wondering', but it also confirms the 'new' interest in saltwater fly and lure fishing for bass is continuing and indeed strengthening.

Within those odd 71 days of bookings are recurring customers who are happy to fish with (or put up with) me whenever they can.

Everyone who has partaken in bass angling in this country, through investment in travel, tackle, clothing, guiding, workshops, B+B's, food, gifts and personal time contributes to protecting the fishery by making it increasingly valid. Bass angling can have a broad reach into many different aspects of our communities not all directly related to fishing, but nevertheless connected. It is the realisation of the benefits of these many interrelated connections that will help protect bass angling and not singular stand alone identities or operations.

This continued and sustainable 'bass angling business' can only help to strengthen the fishery its structures and its many beneficiaries, and partnered with the type of protection successes witnessed in the post below I hope today the future is a little brighter for bass angling in Ireland.

Well done to the people involved in this operation - the photograph is significant, both in the relevance of the capture and the portrayal of the scale and regularity of the illegal fishing in the area.

This has to be good for the country, anglers and the people involved in valid tourism and angling businesses - long may it continue. Please forward and promote this link HERE
at January 13, 2012

'..........we should note that government must manage fisheries because of what the late ecologist Garrett Hardin coined the “tragedy of the commons.” When a resource is subject to unregulated access, people tend to overexploit it, without regard for its sustainability, as individuals who might otherwise seek to conserve or invest in the resource are placed at a competitive disadvantage by others without the foresight to manage it for the long term.'
See more from this article at this LINK
at January 12, 2012 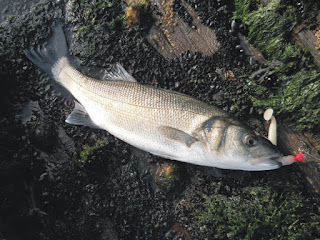 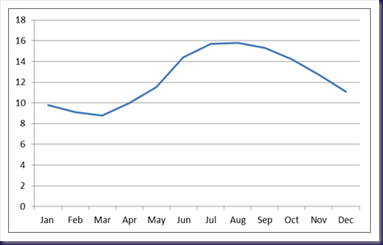 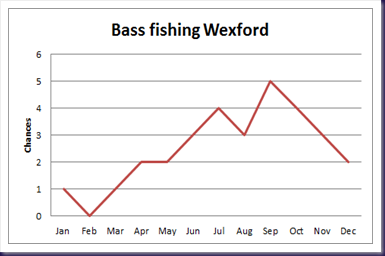 An August adventure in the salt on the fly

Are you considering a camera for 2012?

Sure, the Coolpix AW100 is durable. You can drop it, submerge it, or freeze it. It'll keep taking fantastic photos. But this camera is more than a mere tough chunk of plastic and metal. It's also loaded to the brim with incredible features. It can be operated while you're wearing your gloves, and it comes with assisted GPS to log the location of your movements and photographs.

Sea trout and others 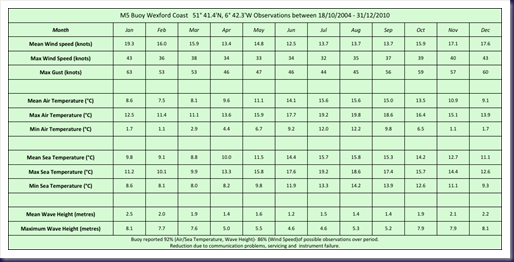 All mean air temperatures for Autumn were above normal, with differences above average ranging from 1°C at Cork Airport to 2.2°C at Casement Aerodrome. All three months of the season recorded higher than normal temperatures, with November having the greatest differences above average. Most stations in the east and midlands reported Autumn 2011 as the warmest on record, with Phoenix Park reporting an Autumnal mean temperature of 12.2°C, its warmest in over 150 years. Mean air temperature differences in the south and southwest were less, but it was still the warmest in a number of years at Shannon Airport and Roche’s Point, both recording their warmest Autumns since 2001 (10 years) and 2006 (5 years), respectively. All remaining Atlantic coastal stations were above average for the season, but were not as warm as the Autumn of 2007.
All highest maximum air temperatures for Autumn were recorded during September, with the majority measured on the 28th. The highest temperature was recorded on this date at Phoenix Park with 25.6°C, the highest temperature recorded at a synoptic station in 2011 and the highest Autumn temperature recorded at the site since Autumn 2003 (8 years). Lowest minimum air temperatures for Autumn were all recorded during November, with the majority of stations in the south and southwest reporting their highest ever autumnal minimum temperatures. Belmullet and Valentia Observatory reported minimum temperatures of 4.0°C and 2.9°C, the warmest minimum temperatures recorded during the Autumn months since 1956 (55 years) and 1939 (72 years), respectively.
Rainfall totals for Autumn were above normal in most parts, except for some stations in the south and southeast. Above average rainfall was experienced almost everywhere during September and October, with below normal rainfall in a few eastern and coastal locations in November. Dublin Airport reported its wettest Autumn since 2002 (9 years) and Belmullet reported its wettest autumn since 2006 (5 years) with 134% of its long-term average. The highest daily fall of the season of 82.2mm at Casement Aerodrome on the 24th October, was its highest daily fall during Autumn, since it opened in 1964 (47 years). Even though totals were below normal in some parts, the number of wetdays (days with 1 mm or more) recorded across the country was above average for Autumn.
Sunshine totals for Autumn were below normal, with November being the only month to record above average sunshine for the time of year. All stations reported the dullest Autumn in a number of years, with Cork Airport and Valentia Observatory recording their dullest Autumns since 1962 (49 years) and 1983 (28 years), respectively. Dublin Airport received the highest total sunshine for the season, recording over 279 hours of sunshine and 94% of its longterm average, but it was still the dullest Autumn since 1993 (18 years).
Mean windspeeds for the season were mostly above average, with Dublin Airport reporting the highest mean windspeed for Autumn since 1943 (68 years). The highest gust of the season was at Malin Head with 66 knots (122 km/h) on the 12th of September.
Source – Met Eireann
at January 02, 2012 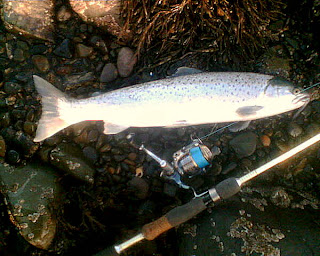 A New years day trout for Pat from the sea -

Designed for modern lightweight techniques – drop shot, light jig head, micro jigs – and small plugs and lures. The PEPPER S 210 UL is perfect for fans of both rock and street fishing. The rod has a solid tip which is remarkably sensitive coupled with a progressive through action that lets you read the bottom and control your lure precisely.
at January 01, 2012