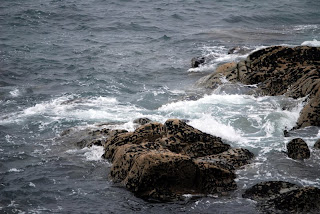 Saltwater fly and lure fishing in Ireland presents its own unique challenges. The little island perched precariously on the eastern side of the Atlantic is subject to many influences and none more so than that of the weather. The Atlantic Ocean plays the dominant part in our weather, insulating us from the temperature extremes that can be experienced in other European countries. Our position on the Northwest of Europe places us in the path of Atlantic low-pressure systems hence we are subject to a lot of cloudy overcast, humid and often very wet days. But don’t despair, its not all doom and gloom! The sunniest months of the year occur during late spring and early summer and the southeast of the country gets the most sunshine, often up to 6 or seven hours a day during early summer. Air temperatures reach between 18 and 20 degrees C during the summer and average around 8 degrees C during winter. We live in a temperate climate that is heavily influenced by the North Atlantic drift; in fact our seas are considerably warmer than average global temperatures at similar positions. Winter water temperatures along the coast fall to as low as 8 degrees but by August and September they are at their warmest and are as high as 15 degrees C. In fact during winter our seas are warmer than the air temperature while during summer the air temperature is warmer than the surrounding sea.

With all of these influences at play no wonder our fishing can be challenging at times - to help you in your endeavors please visit our Fishing Conditions pages HERE for regular updates during the season.
at May 09, 2010