Bass Fishing Influences - It doesnt always work out of course. 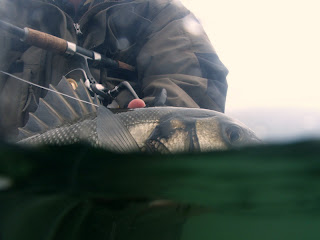 Having had the benefit or rather the experience of guiding on this coastline during the the last seven summers/autumns theres no doubt at times it hasnt always worked out well. The frequency of difficult bass fishing days has risen through the seasons of 2007 '08 and '09 and this has had its consequences and impacts.

Irish weather is of course what we all talk about here almost constantly - 'Nice day isnt it?', or 'Is this rain ever going to stop'. Its the one topic that we seem to find a little time for. We are used to a degree of changeability and unpredictability.

The season of 2007 at times stopped both my clients and I in our tracks on many occasions, but this time it didn’t have a huge impact on my moral, I simply put it down to ‘freakish’ weather. All previous rainfall records were broken during that summer. None the less some customers suffered either from cancellations or chosing to brave it through well ‘nigh on impossible conditions. 2008 would be better I thought. 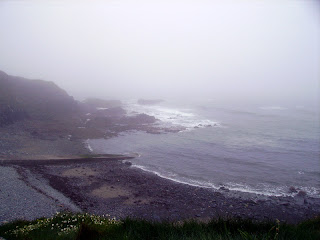 n of 2008 in summary here The fact is,there was very little that was ‘summery’ about it – again all previous records were broken for rainfall. Eventually I caught up with customers that I was forced to cancel and move from 2007. Surely another weather anomaly that would disappear in the glorious sunshine of 2009. My moral was dented but simple fuzzy logic dictated that next summer would be better.

And that’s the way it looked a the beginning of 2009 until July came and – the rain came with it. And it stayed for a long time, again breaking all existing records – unprecedented really. Forced into cancelling customer days I made the best of those I still had - there is still a 'spill over' into 2010 that needs to be cleared.
Its not an easy thing to do, and to strike a balance - yes clients are unhappy, some would rather try than be unhappy and thats fine with me I love guiding when its tough - its those people whom are stopped completely with little room to move - thats where the problem lies. 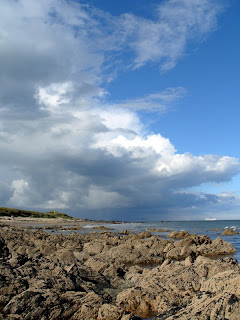 Having had the added benefit of running the guiding business through the seasons of 2004, ‘05 and ’06 it is inevitable that I might draw some comparisons wih the las tthree years. I’m not going to post some statistical chart on catch numbers and the impacts of weather that’s obvious, but I can say the following with certainty over similar variables i.e. number of hours, type of fishers, ability etc