Annual rainfall totals were well above normal for the second successive year. They ranged from 918mm at Dublin Airport to 2175mm at Valentia Observatory, between 12% and 55% higher than the 30-year annual average amounts. Like the previous two years, the summer period of June to August was extremely wet, while November 2009 was the wettest November since records began at most stations and the wettest of any month on record in several places. 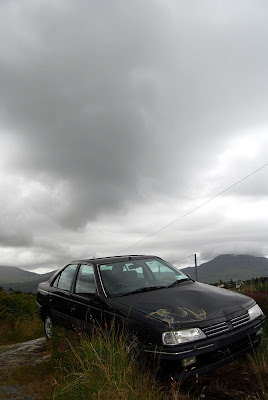 Annual totals were the highest in over 50 years of record at both Mullingar and Johnstown Castle, while Valentia Observatory’s total was its highest since observations began in the area in 1866, considerably higher than its previous highest total of 1923mm in 2002. The exceptionally heavy rainfall brought extensive flooding during the late summer and again during November, especially in the west and south. The driest months relative to normal were March and September, but the annual number of
wetdays (days with 1mm or more rainfall) was above normal everywhere, by between 10% and 20% generally; there were between 145 wetdays at Casement Aerodrome and 231 at Valentia Observatory. Most stations measured their highest daily fall of the year during November, but there were also very heavy falls locally over short periods during the summer months, usually associated with thunderstorms.

Despite very cold weather at the end of the year, mean annual air temperatures were around half a degree above normal for the 1961-90 period at most stations. Mean values were close to those of 2008, but Valentia Observatory had its coolest year since 2002, while it was the coolest since 1996 at Cork Airport. Mean air temperatures for most months were slightly higher than normal, while values for January were near normal and December was colder than normal everywhere. The highest temperatures of the year were observed during early summer at most stations, with both Birr and Claremorris measuring 27.5°C on June 2nd. The lowest values were recorded during early January and late December. Mullingar’s air and ground temperatures of -10.0°C and -13.0°C respectively on December 25th were the lowest at the station for almost 30 years. The total number of air frosts during the year of between 38 and 58 at inland stations was close to normal.
source met.ie
at January 10, 2010